Malta Society of the Blind 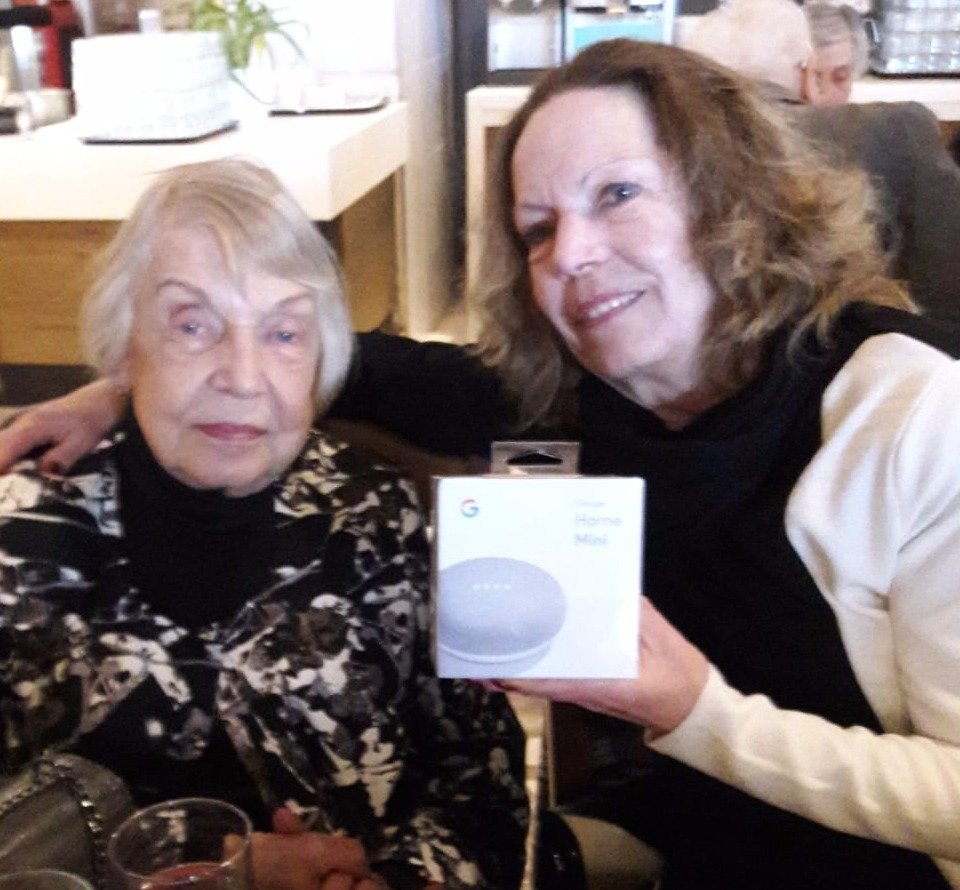 The Malta Society of the Blind had its annual Xmas Lunch.
Thanks to all the supporters and many thanks for all the donations.
Among others we got some Google Home Mini sets ...
Thanks for the donation !!

The Malta Society of the Blind was invited by the Knights of Malta and attended their ceremony, where MSB also got a donation from the Knights. 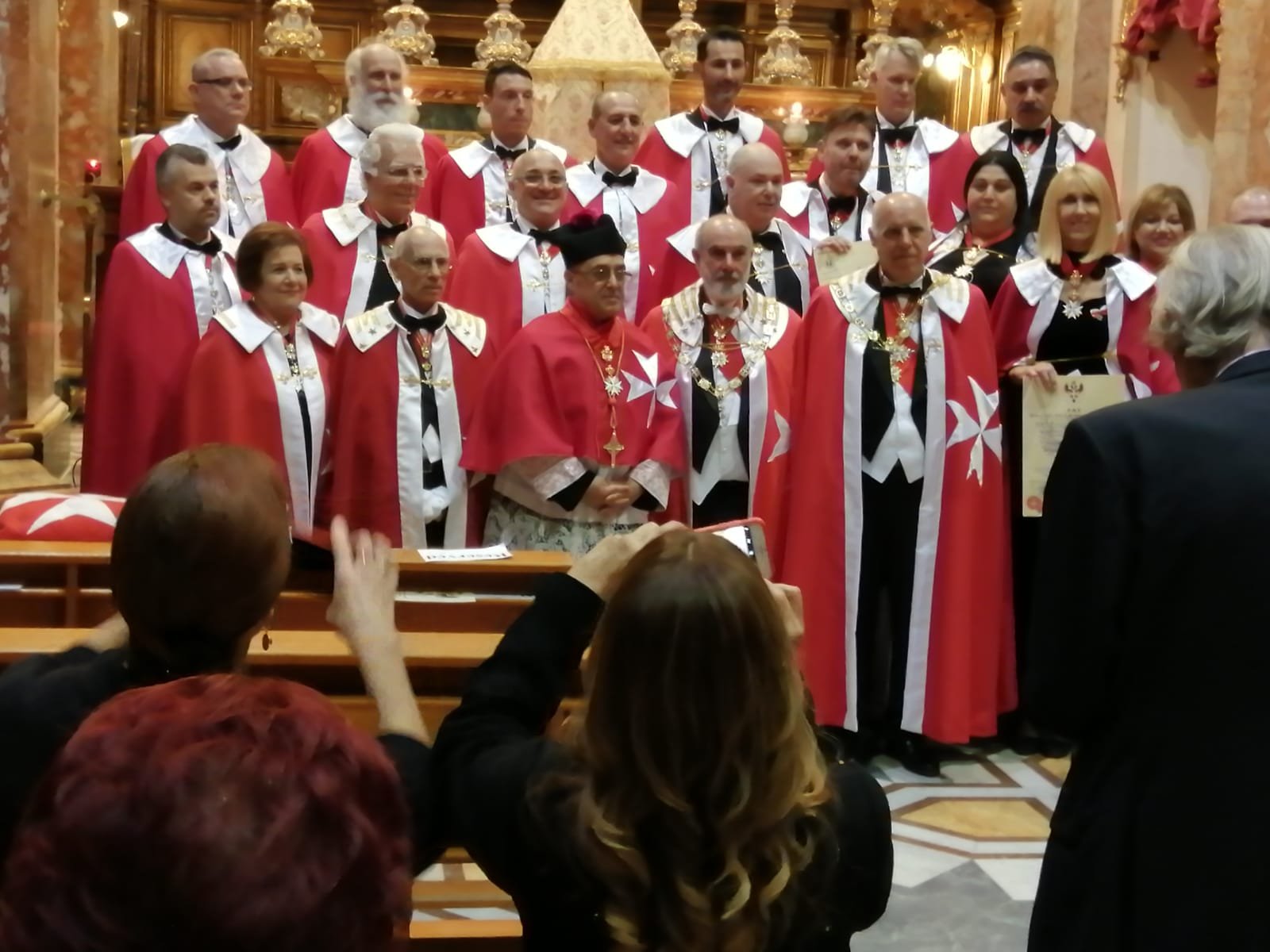 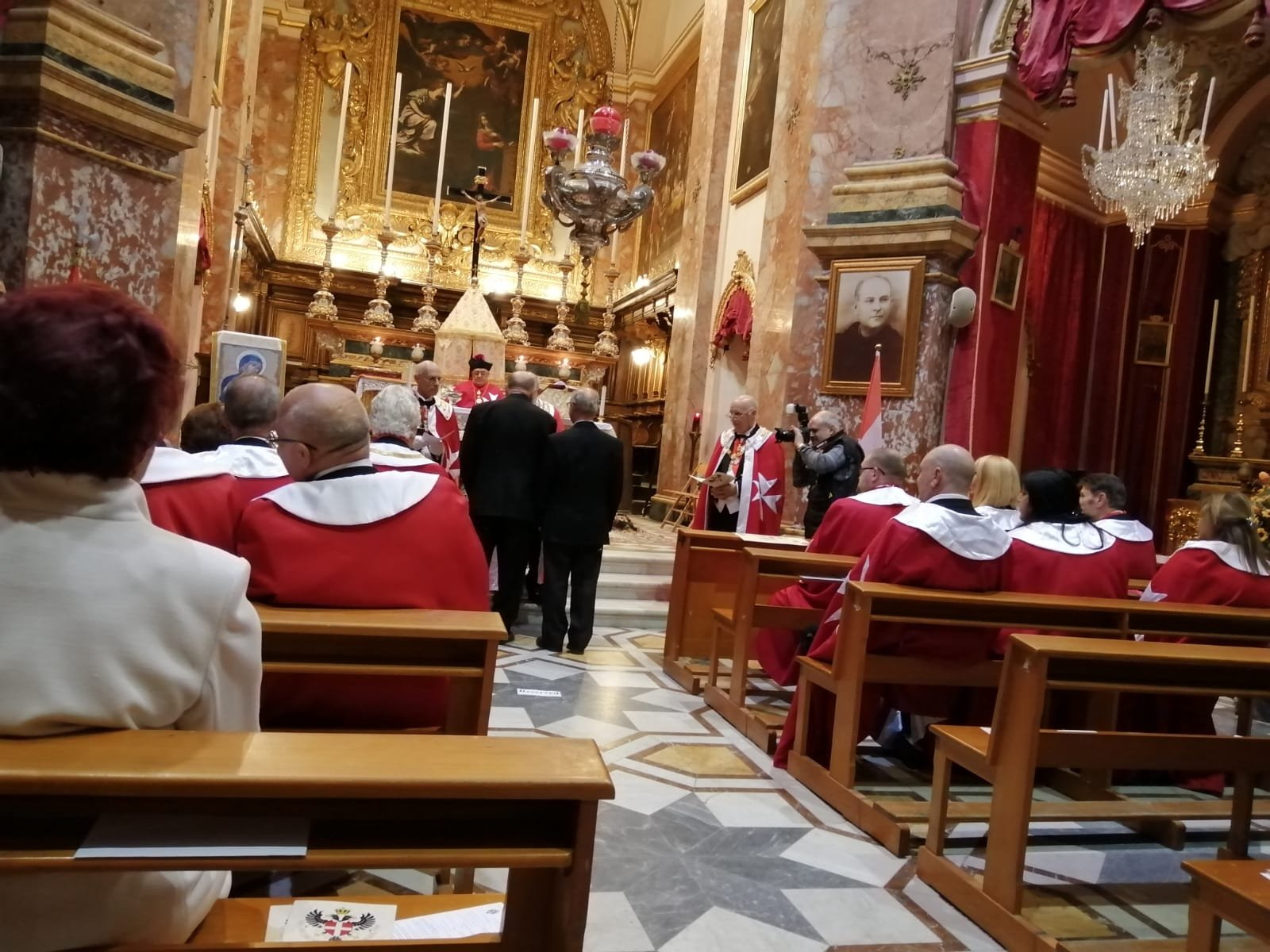 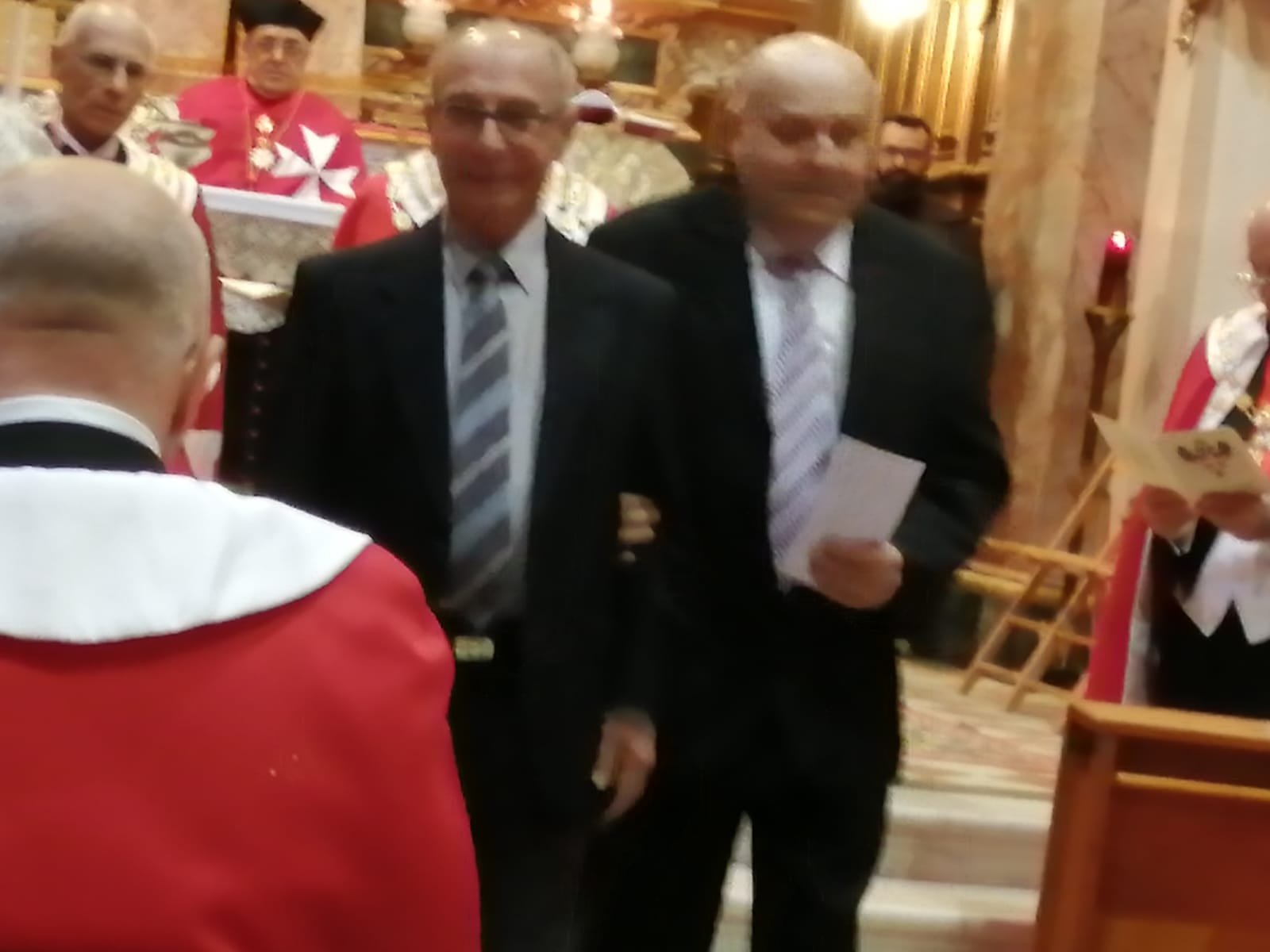 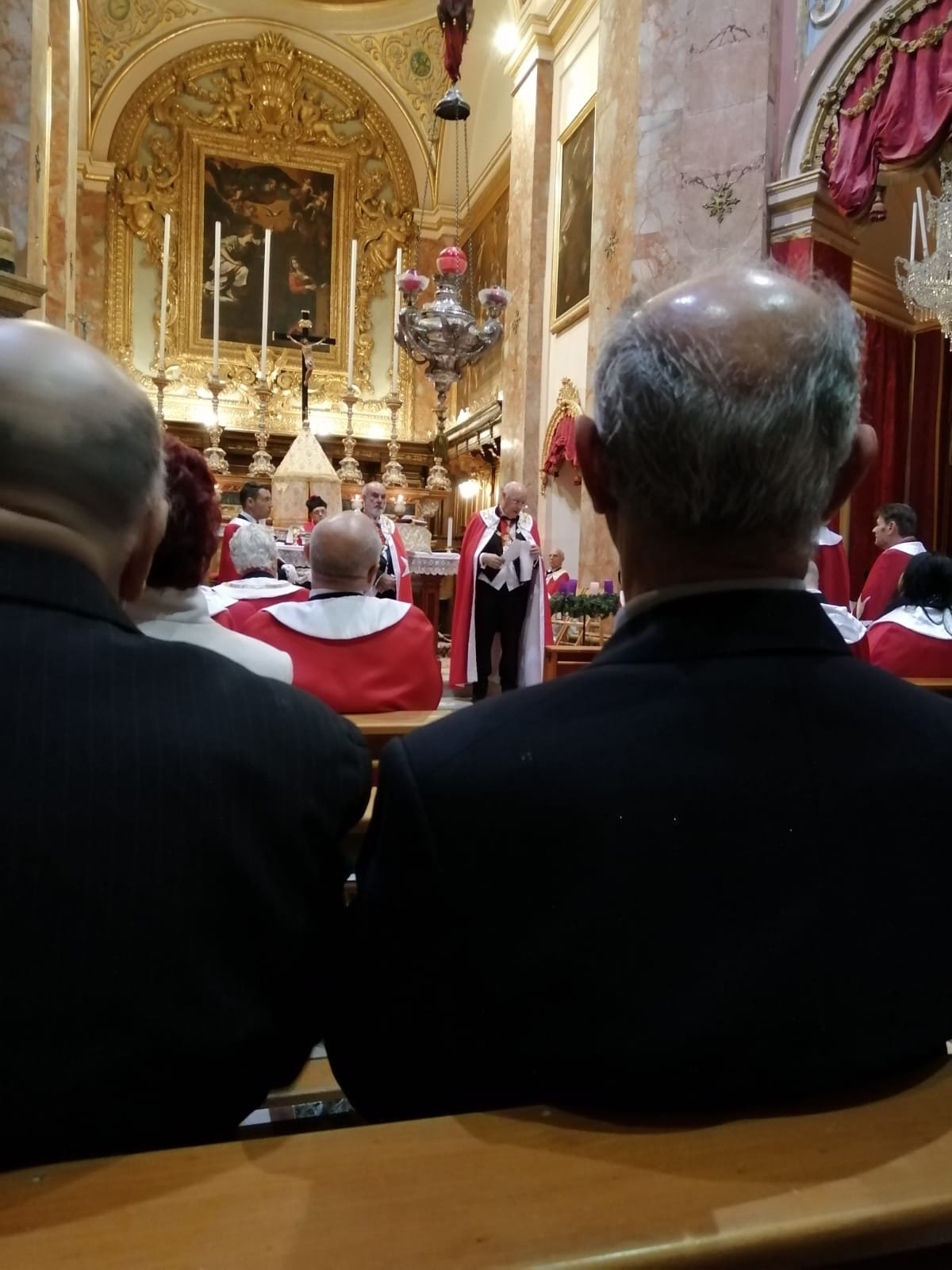 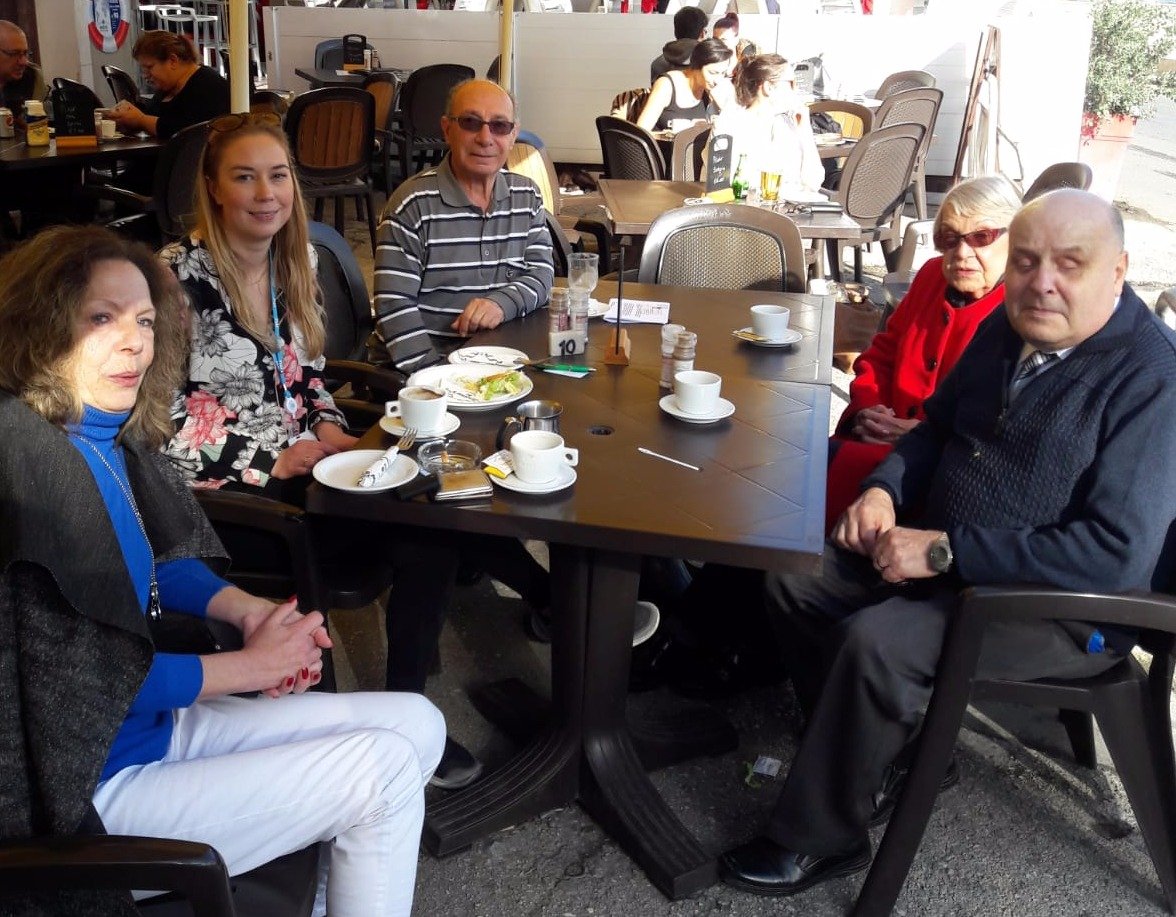 Meeting "Be My Eyes"

The Malta Society of the Blind had the opportunity to meet representatives of "Be My Eyes" during the ITC week held in Malta. 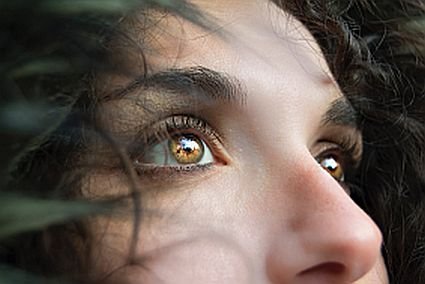 The Malta Society of the Blind had a stand in Valletta at the Parliament Hall. 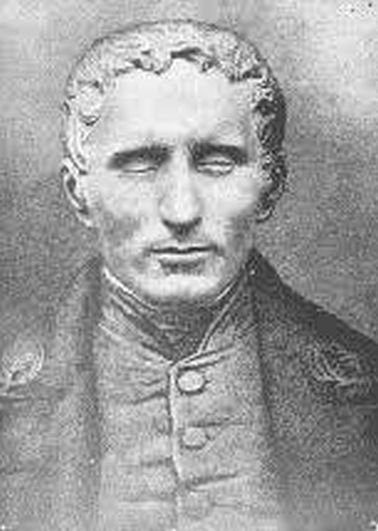 Louis Braille, who became blind at the age of 5 years, after an accident and a subsequent infection of his eyes, was an educator and the inventor of a system of reading and writing for the blind or visually impaired. His system, simply known as "braille", remains basically unchanged until today. Braille was inspired by the military cryptography of Charles Barbier and built a new method specifically designed for the needs of the blind. He presented his work to his peers for the first time in 1824. 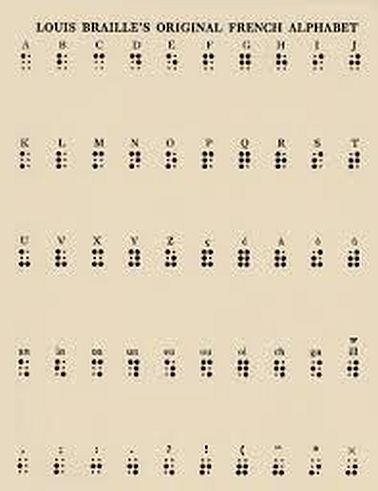 Braille, named after its creator, Louis Braille, developed a code for the French alphabet. He published his system in 1829. The second revision, published in 1837, was the first small binary form of writing developed in the modern era. Braille's was not used much in education until, many years after his death, it was recognized as a revolutionary invention, and it has been adapted for use in many languages 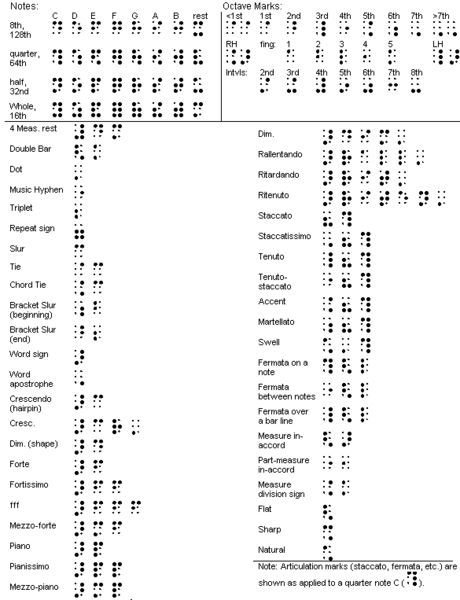 Braille music is a Braille code that allows music to be notated using Braille cells and thus allowing blind and visually impaired people to read music. This system was originally developed by Louis Braille. However, as opposed to text braille, braille music assigns a separate meaning to each braille symbol or group of symbols and, being an independent and well-developed system, it has its own syntax and abbreviations. This system allows people to write almost anything that can be written in print music notation, in braille music notation. 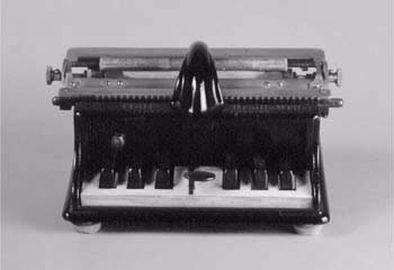 The Hall Braille Writer was the first successful mechanical point writer. Frank Haven Hall introduced his invention to the public on May 27, 1892. The writer was modeled on the typewriter, where the carriage moves one space to the left when the keys are released. The styli in the embossing heads are controlled by the keys like the bars on a typewriter, just that they are operate from the back so that letters appear in the normal position for reading.
Photo: Public Domain 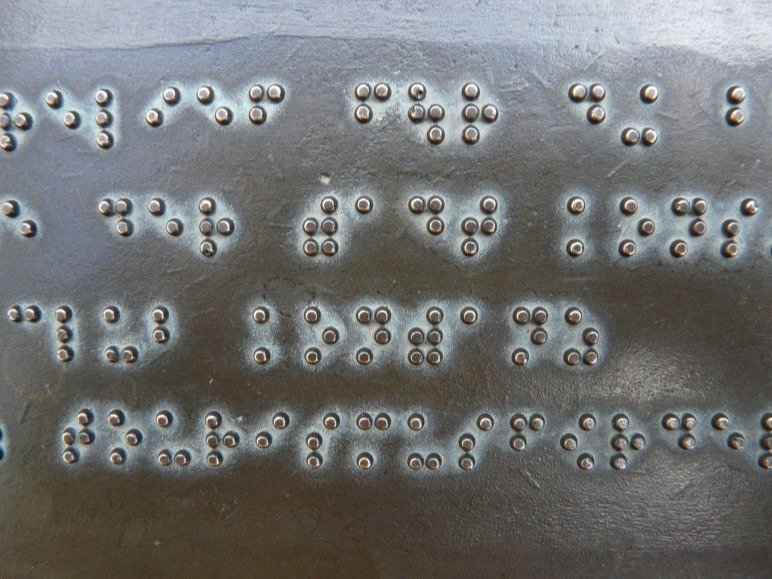 Braille is not a language. Braille is actually a tactile reading and writing system that is used by blind and visually impaired people. Raised dots represent the letters of the print alphabet. The system also includes symbols representing punctuation, mathematical and scientific characters, music, computer notation and foreign languages. Braille is very important in the lives of visually impaired people, because the ability to read and write in braille opens the door to literacy, intellectual freedom, equal opportunity and personal security.
Even though Braille is mainly used by blind or deafblind people, teachers, parents and others who are not visually impaired tend to read Braille by sight rather than by touch. 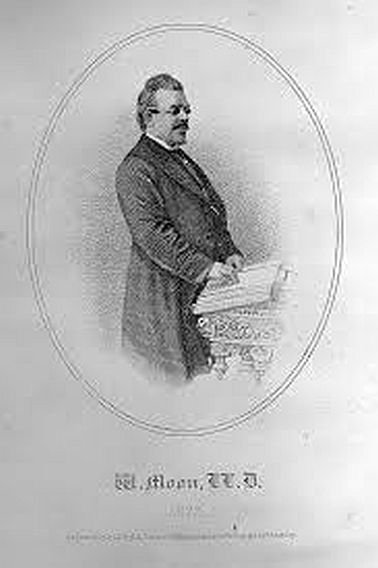 Dr. William Moon lost sight in one eye from scarlet fever; by the age of 21 he had become totally blind. He became a teacher, teaching boys how to read using the existing embossed reading codes. When he realized that it was difficult for the boys to read that code, he developed a new system, Moon Type, based on a simplified Latin alphabet, which he designed to be easier to learn. He first formulated his ideas in 1843. They were published in 1845. 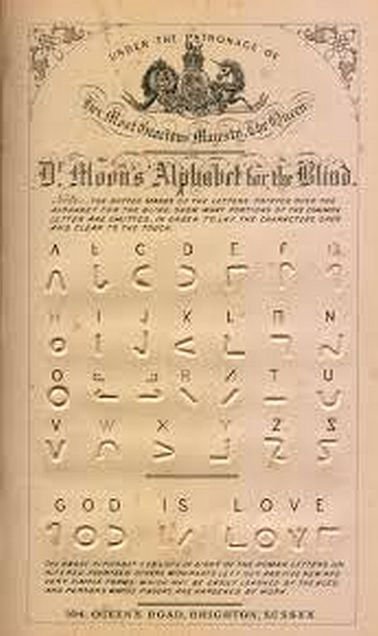 Dr. William Moon first formulated his ideas of the Moon type in 1843. It was published in in 1845. Moon type was replaced by the more popular Braille. Today, it is still used by about 400 people in Britain, and it is still important to those who have difficulty reading Braille. Moon produced Moon Type books for over 50 years, originally from his home in Brighton. His printing works relocated and continued to operate until the 1960s. 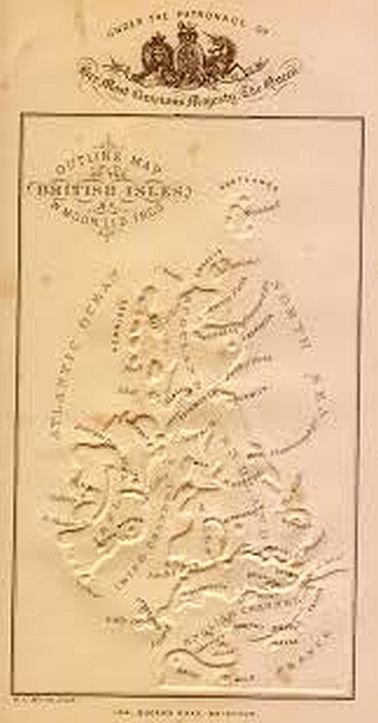 Dr. William Moon developed the Moon type system. Here is an example of a map of the British Island. 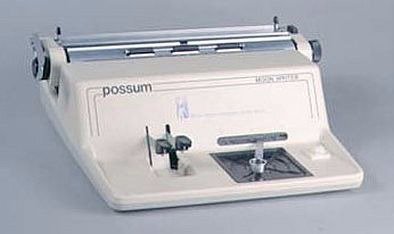 The first moon typewriter was probably introduced by Adelaide Moon, Dr. Moon’s daughter, in 1908. The Possum Moon-Writer, from Possum Controls Limited, England, consists of a pressure pad that fits on top of the inserted paper and, at the front of the machine, there is a metal plate with indented lines to from the moon characters. Using a metal ring attached to a lever, the user "draws" the shape of the character with the index finger. The shape is then transmitted to the writing mechanism. A stylus is pushed against the pressure pad thus producing a small version of the character on the paper. 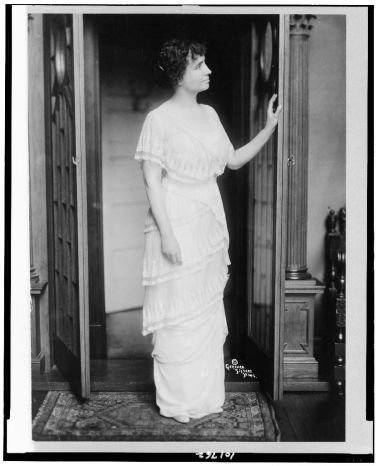 Helen Keller was a deaf- blind American woman who learned how to read, write, and speak. She was an author, political activist, and lecturer. Helen Keller was the first deaf-blind person to earn a Bachelor of Arts degree, and worked for the American Foundation for the Blind. She promoted education and equal opportunities for blind people 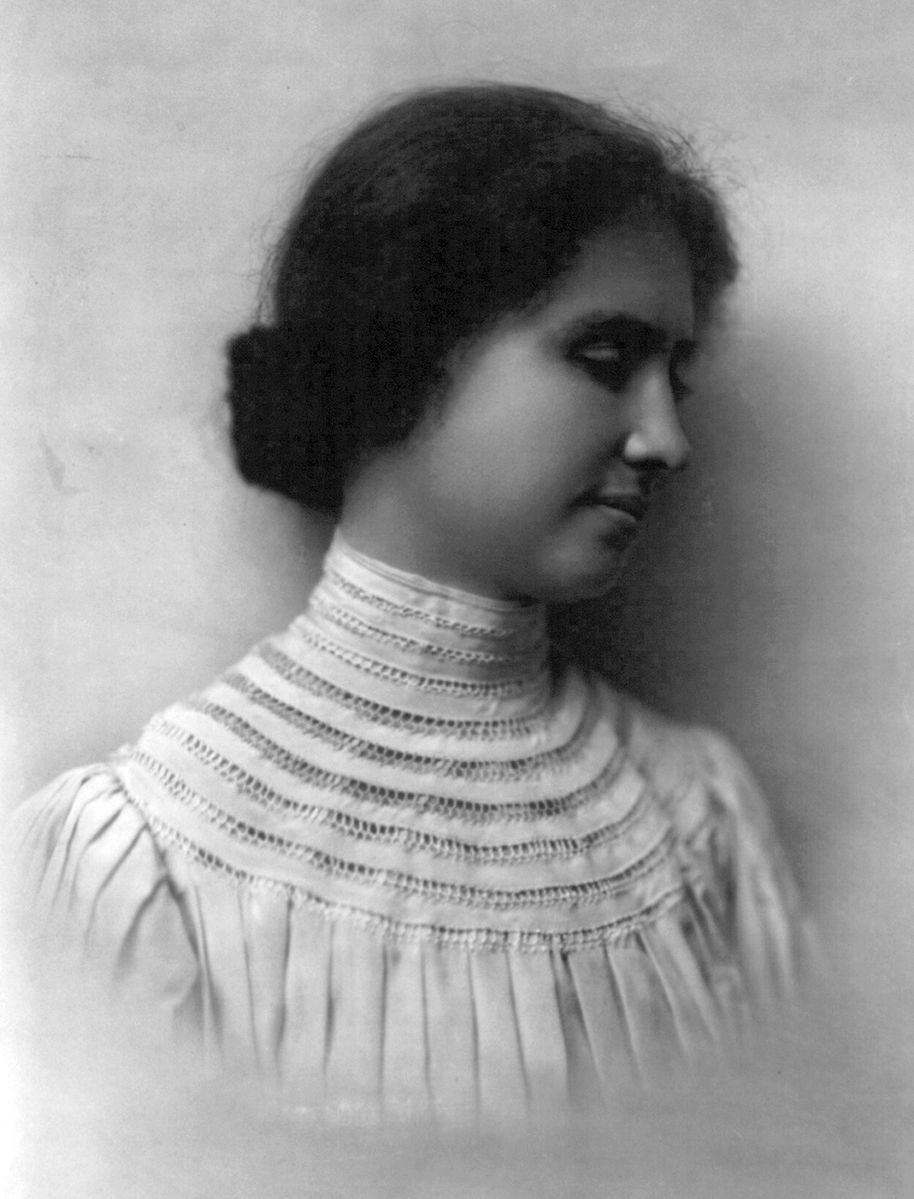 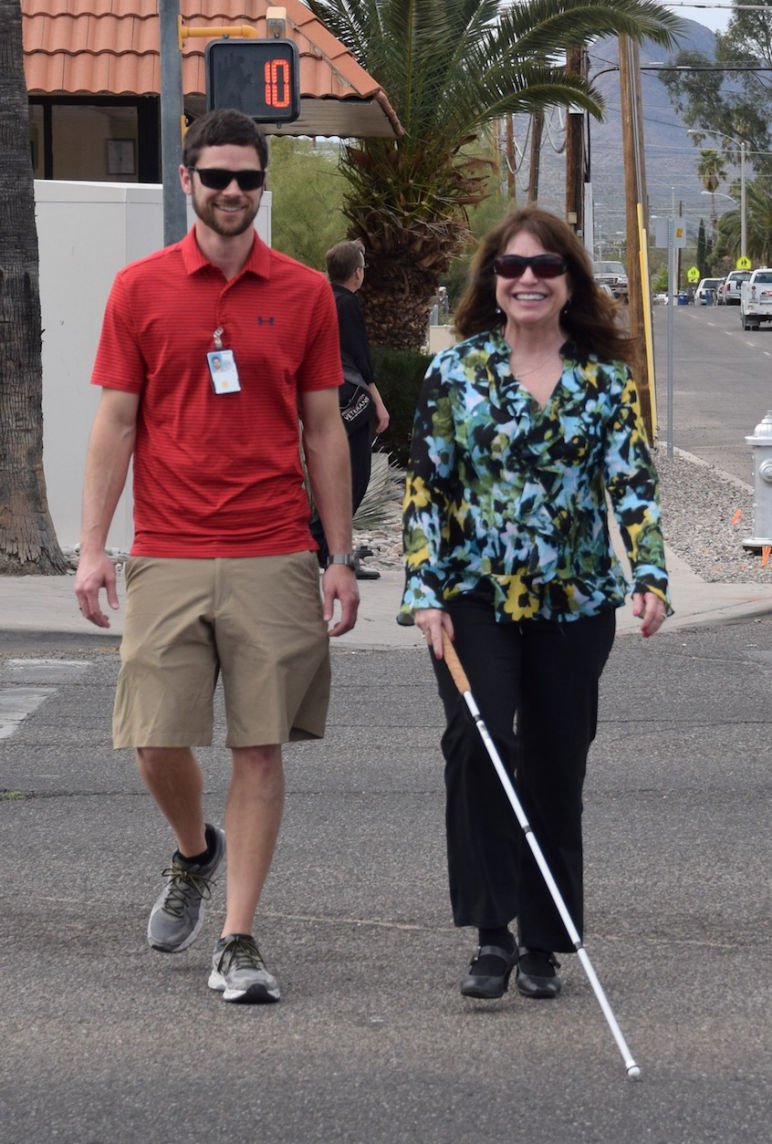 (dated back to after WWI)

It is said that the White Cane can be traced back to the 1920s/ 1930s in England and France. Blind and visually impaired people use the white cane for orientation in their environment and, at the same time, indicate to others to take special care, e.g. in traffic. Over the years, the White Cane has become a symbol of freedom, independence, and confidence.

(dated back to WWI) 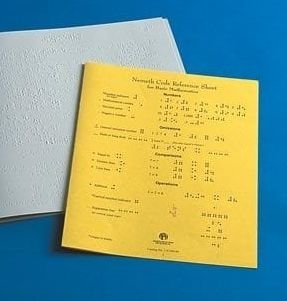 Dr. Abraham Nemeth was an American mathematician and inventor who was born blind. After his first studies in psychology, he studied physics and mathematics. Finding normal Braille inefficient for scientific studies, he developed the Nemeth Braille Code for Mathematics and Science Notation, which was published in 1952. Since then, the Nemeth Code has gone through four revisions and is still widely used today. During his studies, Nemeth found that he needed sighted people to read math texts and other materials, and he needed a method for dictating, for transcription into print. Nemeth developed rules for efficiently reading mathematical text out loud, which have evolved into MathSpeak, a system for orally communicating mathematical text. 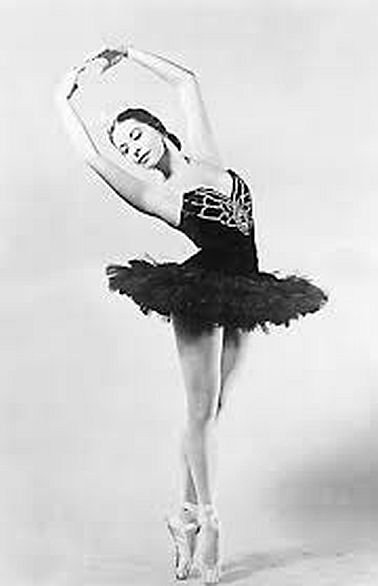 Alicia Alonso (born Alicia Ernestina de la Caridad del Cobre Martínez del Hoyo) is a Cuban prima ballerina assoluta and choreographer. At the age of 19, she became partially blind, caused by an eye condition. She needed her partners always to be in the exact place she expected them to be. At times, she used lights in different parts of the stage for guidance. Alonso's last public performance was in 1995. In 1999, UNESCO awarded her the Pablo Picasso Medal, an award for notable contributions to arts or culture. 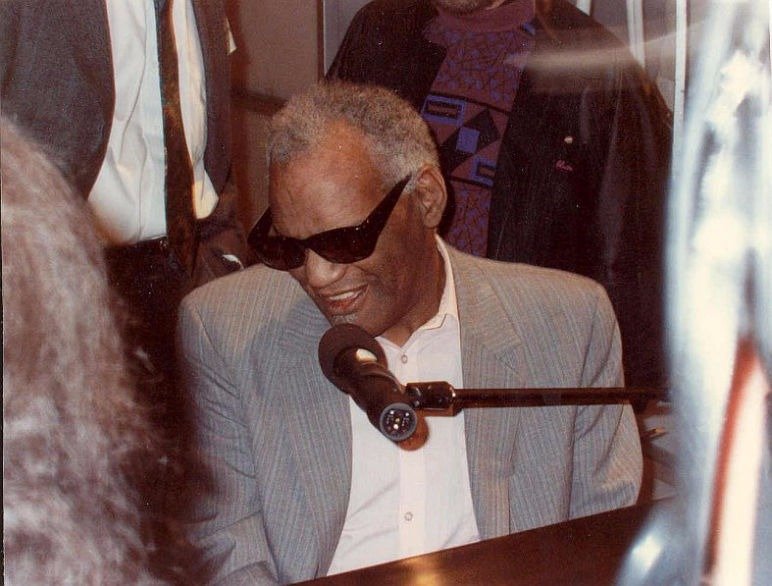 Ray Charles started losing his vision at the age of 5, and was blind by the age of 7. Ray Charles was a singer, pianist and song writer, famous for his contribution of sound to rhythm and blues, gospel music, and traditional blues style. He was described as a "happy old man., always with a smile, despite the constant darkness he ‘sees’". 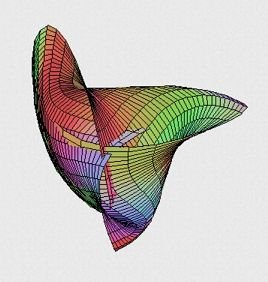 Dr. Bernard Morin was a French mathematician, specifically a topologist. He lost his sight at the age of six due to glaucoma. This, however, did not prevent him from a successful career in mathematics. He received his Ph.D. in 1972. Among other achievements, he discovered the Morin Surface, and he discovered the first parametrization of Boy's Surface (earlier used as a half-way model) in 1978. 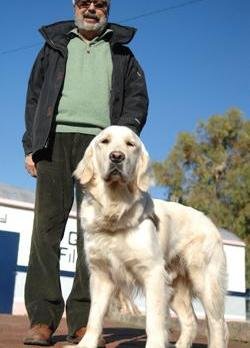 Ron Colombo suffered from congenital glaucoma from birth. After he finished St Edward’s College in Malta, he went to England and studied electrical engineering at London University. Ron had a successful career. Despite many tragic blows and grievous losses, Ron Colombo's strength of character made him overcome the tragedies and keep up a positive attitude throughout his life. With energy and determination, and with the help of his loyal wife Maria, Ron successfully pioneered the Malta Guide Dogs Foundation. 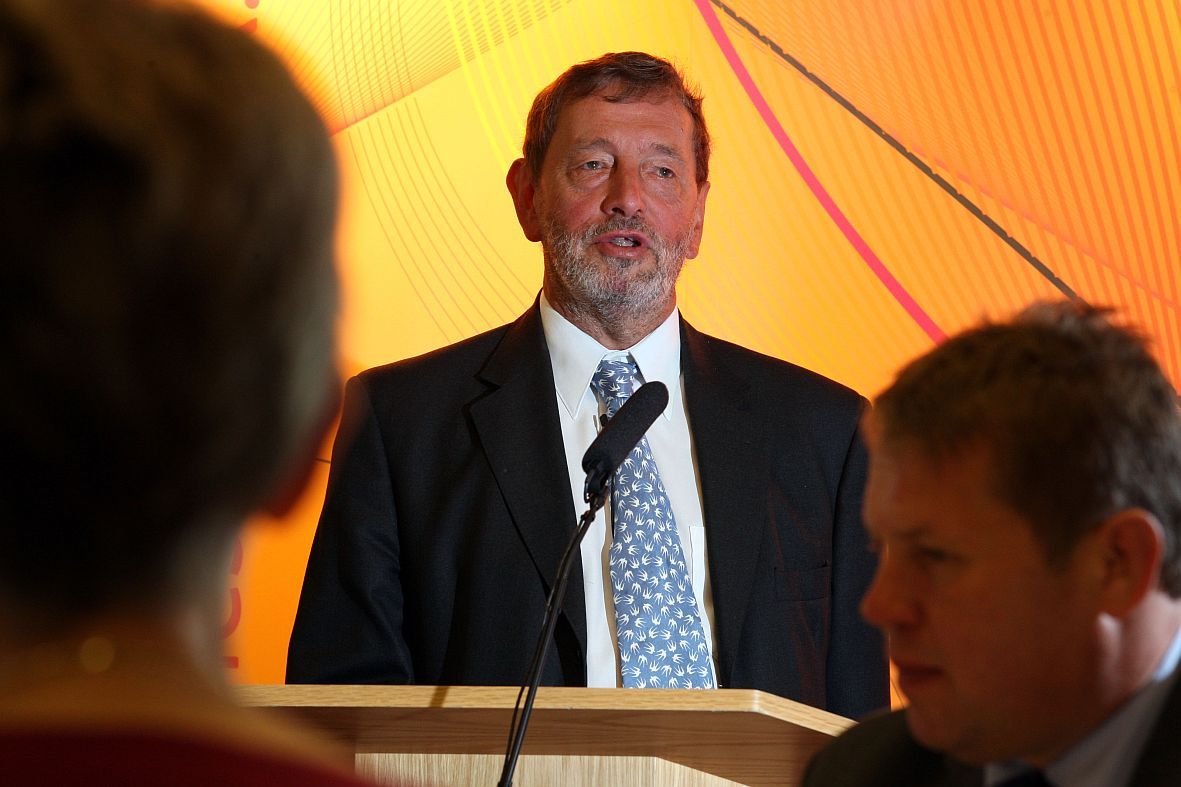 Being blind from birth Lord David Blunkett, British former Education Secretary, Home Secretary and Work and Pensions Secretary, is a former student of the Royal National College for the Blind (RNC) engaging in reforms to education for young people with special educational needs and the need for specialist programs to help people with a visual impairment into employment. 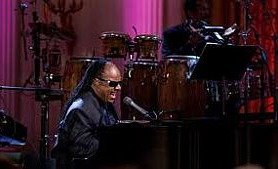 Stevie Wonder is an American singer-songwriter, instrumentalist, and record producer. Blind from childhood, Wonder started at Motown Records at the age of 12 and still performs and records for them. It is thought that that he suffered from retinopathy of prematurity. Rhythmically, he’s a genius. Among other organizations, he is active in the Retinitis Pigmentosa Foundation. 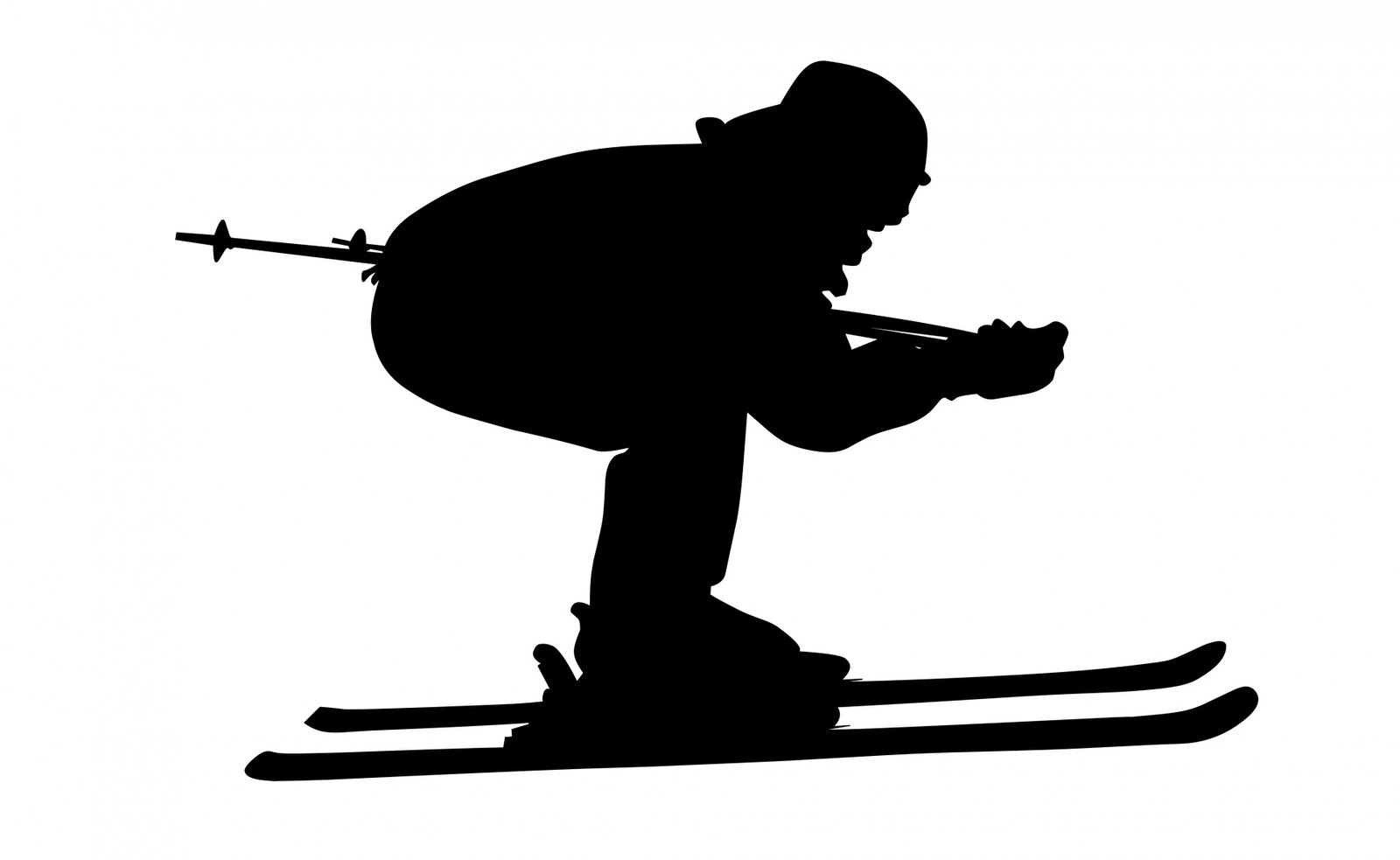 Michael G. May is an American business executive, skier and inspirational speaker who lost his sight by a chemical explosion at the age of three. In 2000, at the age of 46, he regained partial vision after cornea transplants and a pioneering stem cell. Mike May holds the record for downhill skiing by a person who is completely blind (at a racing speed of 65 mph). In 1999, May founded the Sendero Group in the USA, which employs many blind or visually impaired individuals and has assisted people with visual impairment by developing and producing the first accessible GPS solution for blind persons. 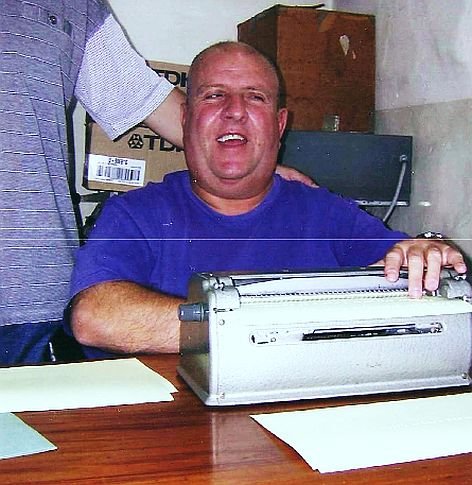 Dalli was born blind. In the 1950’s it was very difficult for people with disabilities, but he went to school and even managed to use public transport and find his way without a white cane. Wenzu learned braille and later on he taught braille to other visually impaired people. Besides being an active radio amateur at 9H1AQ, Wenzu Dalli was one of the pioneers of the Maltese Council for Persons with Disabilities, and engaged in many cultural affairs. 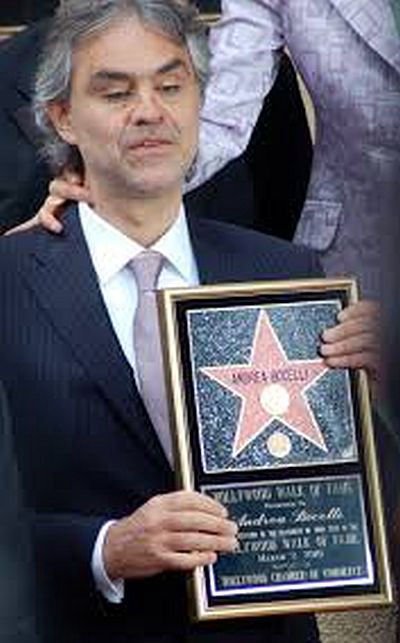 Andrea Bocelli is an Italian opera singer, songwriter, and record producer. He became blind at the age of 12 due to an accident. As a child, he was taking piano lessons before also learning the saxophone and the flute. Since 1982, Bocelli has recorded studio albums (pop and classical music), and full operas. He has had great success as a crossover performer. 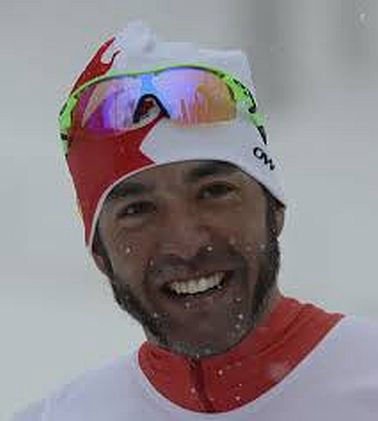 Brian McKeever is a Canadian cross-country skier and biathlete. When he won his 14th medal at the 2018 Winter Paralympics, he became Canada's most decorated Winter Paralympian. He finished the 2018 Games with a career total of 13 gold medals and 17 medals in all, making him also the most decorated Paralympic cross-country skier. He began losing his vision due to Stargardt's disease at the age of 19.